Wondering About the Nerds and Ninjas of LinkedIn 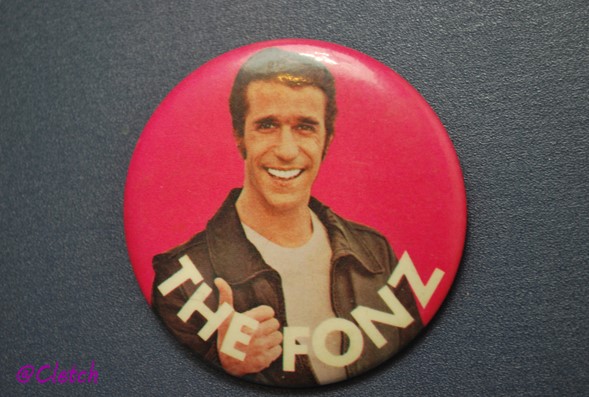 We don’t understand something. Actually two things, but sort of wrapped into one.

We look at a lot of LinkedIn profiles. We have thousands of connections after all, so why not?

And we’ve noticed two categories of profile that makes us say, “Huh.”

First are the profiles in which people declare themselves “nerds.” You’ve seen these.

Our understanding of nerds, and what it means to be one, is informed by two sources with cultural authority. The first is Arthur Fonzerelli, who made it very clear that a nerd is not cool, such that the worst thing that could happen to any Happy Days character was to be declared a nerd by the Fonz.

The second is the film “Revenge of the Nerds.” And while we will admit to appreciating the relentlessness of the Lambda Lambda Lambda crew (and believe wholeheartedly that Stan Gable had it coming to him), we still come back to the fact that their nerdiness was a problem to overcome, and they had to work awfully hard to overcome it.

Now, having said all this, if you truly are a nerd, we love and salute you. Viva la difference. But most of the LinkedIn people we see declaring themselves to be nerds don’t look like nerds at all (in a cultural sense), which makes us think this has merely become a faddish thing to say about yourself.

Don’t be ashamed to be cool! Fonzie would be very upset if he found out you were. We think that if you’re overly passionate about something you love – like books or branding or technology – that’s cool!

Which brings us to the so-called ninjas. You know these too. “Marketing ninja! Engineering ninja! Coding ninja!”

The Oxford dictionary says a ninja is someone skilled in the Japanese art of ninjutsu, which involves espionage and guerilla warfare. If you are good at these things, we have some past due invoices we’d like you to talk to some people about on our behalf. But otherwise, we suspect you just mean “I’m really good at this” and you’re not a ninja at all.

Carry on, though. People probably get the idea. But every once in a while, someone thinks these things through way more than is necessary.

And for Dan, that just happened.

Have a great weekend.

When you get back to the office, check out what we do at North Star Marketing Content . . . here.